The 'Lords of Time' hit NZ

On Saturday I attended the Auckland leg of the Australasian 'Lords of Time' tour. This was the largest dedicated science fiction convention ever held in New Zealand (with over 500 attendees packing into the Dorothy Winstone Centre at Auckland Girls' Grammar School). Special guests at the event were four of the actors that had played previous incarnations of the Doctor - Peter Davison, Colin Baker, Sylvester McCoy and Paul McGann - as well as Nicholas Briggs, executive producer of Big Finish Audio's range of Doctor Who adventures and the voice of the Daleks, Cybermen, Ice Warriors, Judoon and the Nestene Consciousness in Doctor Who since 2005.


Saturday also happened to be Peter Davison's 62nd birthday. When he came out on stage for his panel he was met with a rendition of 'Happy Birthday' from the audience!

Another highlight of the event was the presentation of a replacement 'sonic screwdriver' to Paul McGann.

Three years ago, at the Armageddon Pop Culture Expo event in Auckland, McGann, who had often expressed a desire for a new outfit for his Doctor if he was ever to reprise the role on TV, was presented with a new one designed by NZ's Weta Workshop, complete with a 'sonic screwdriver'. 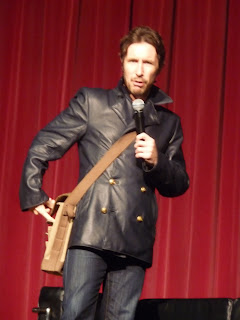 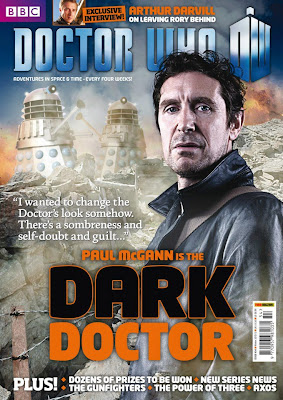 Unfortunately, the 'sonic screwdriver' presented to McGann in 2010 was stolen. Nicholas Briggs, who has worked with McGann often on the Big Finish Audio adventures had arranged for Weta to make a replacement, and presented it to an unsuspecting McGann on-stage during his panel on Saturday (alongside event organiser Bill Geradts): 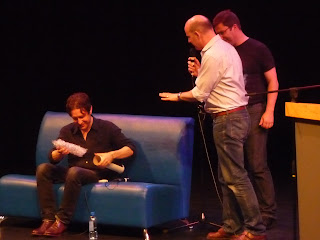 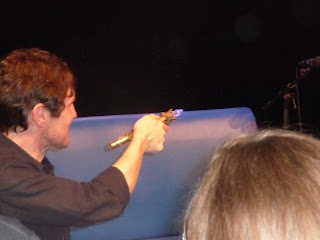 As well as individual and group panels and autograph and photo sessions the day also featured screenings of a fan-made Dr Who film, The Power of the Daleks, based on the lost 1966 serial of the same name and a 1997 Dr Who spin-off production, Auton, written and directed by Nicholas Briggs. The Power of the Daleks is on You tube. Click here to follow the link to Part One.


Here are some other snaps from the event:

All up a fantastic event!